The FINA World Masters Championships will be held across the three cities of Fukuoka, Kumamoto and Kagoshima.
Holding the tournament across three cities will allow for the wide dissemination of various effects and legacies, such as promoting swimming to all generations, promoting the interaction between participants and citizens, leading to the improvement of local power by holding the tournament, and economic ripple effects.
The tournament also aims to provide an attractive environment where participants can enjoy not only the races but their stay in the cities through a variety of fun events and contents.

Master Plan of the Masters Championships

To establish a framework of steady preparation until the event, the necessary systems and structures for holding the tournament will be made clear with outlines of the tournament and descriptions of its unique aspects, in addition to the tournament's concept of "WATER MEETS FUTURE".
Please see below for details. 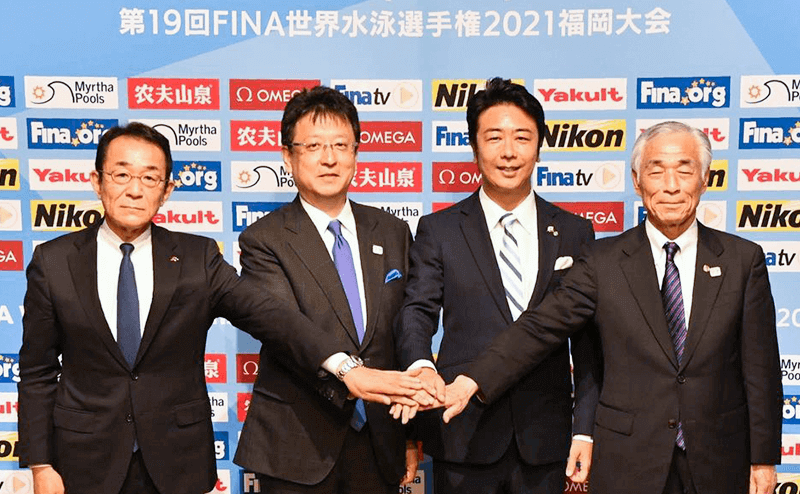 At the announcement of the Championships’ Master Plan on 22 May, 2019