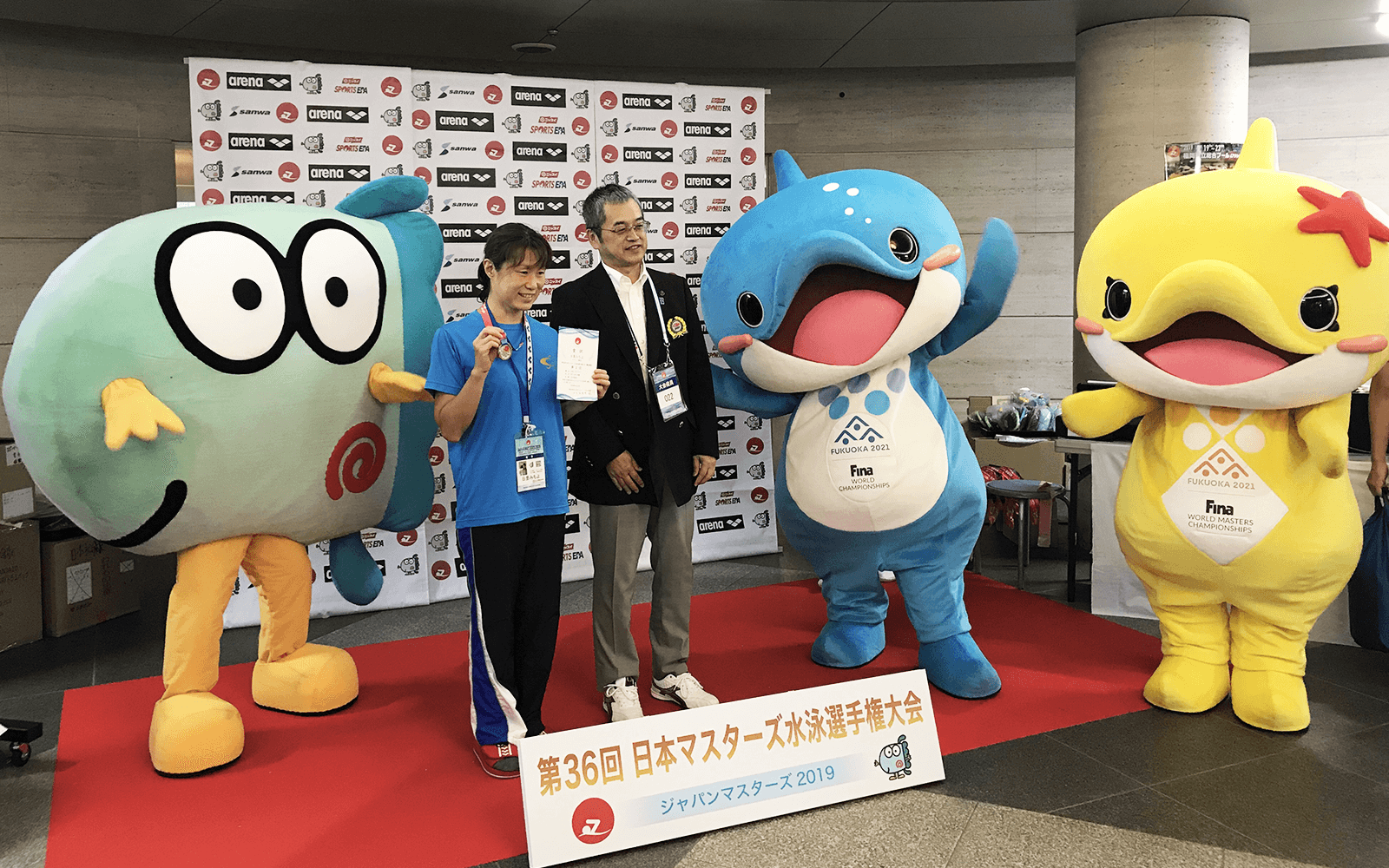 The Japan Masters Swimming Championships 2019 was held from Thursday, 19 September to Monday, 23 September in Fukuoka City, with the competition on the 22nd being unfortunately cancelled due to a typhoon.

Despite the unexpected cancellation, however, the PR booth of the FINA World Championships 2021 Fukuoka set up at the venue attracted flocks of participants and spectators throughout the Japan Masters event. At the “photo spot” also set up at the venue, where Sealight and Shirney (the official mascots of the 2021 World Championships) were available for photo shooting, some visitors waited in line to take photos with the mascots.

Japan’s star swimmer Daiya Seto, who won two gold medals at this year’s FINA World Championships in Gwangju, South Korea, was one of the visitors to our PR booth on the 21st. “The mascots are so cute!,” he said while posing for photos with Sealight and Shirney. We are very happy that the dolphin characters will be remembered by the big star.

Furthermore, Mr. Ryosuke Imai, who is a Fukuoka City-born former member of Japan’s national swimming team at the World Championships in Fukuoka in 2001 and a current world record holder in the Masters swimming, also visited our PR booth and took photos as a member of “TEAM FUKUOKA” with the staff of the Fukuoka Organising Committee (OC). 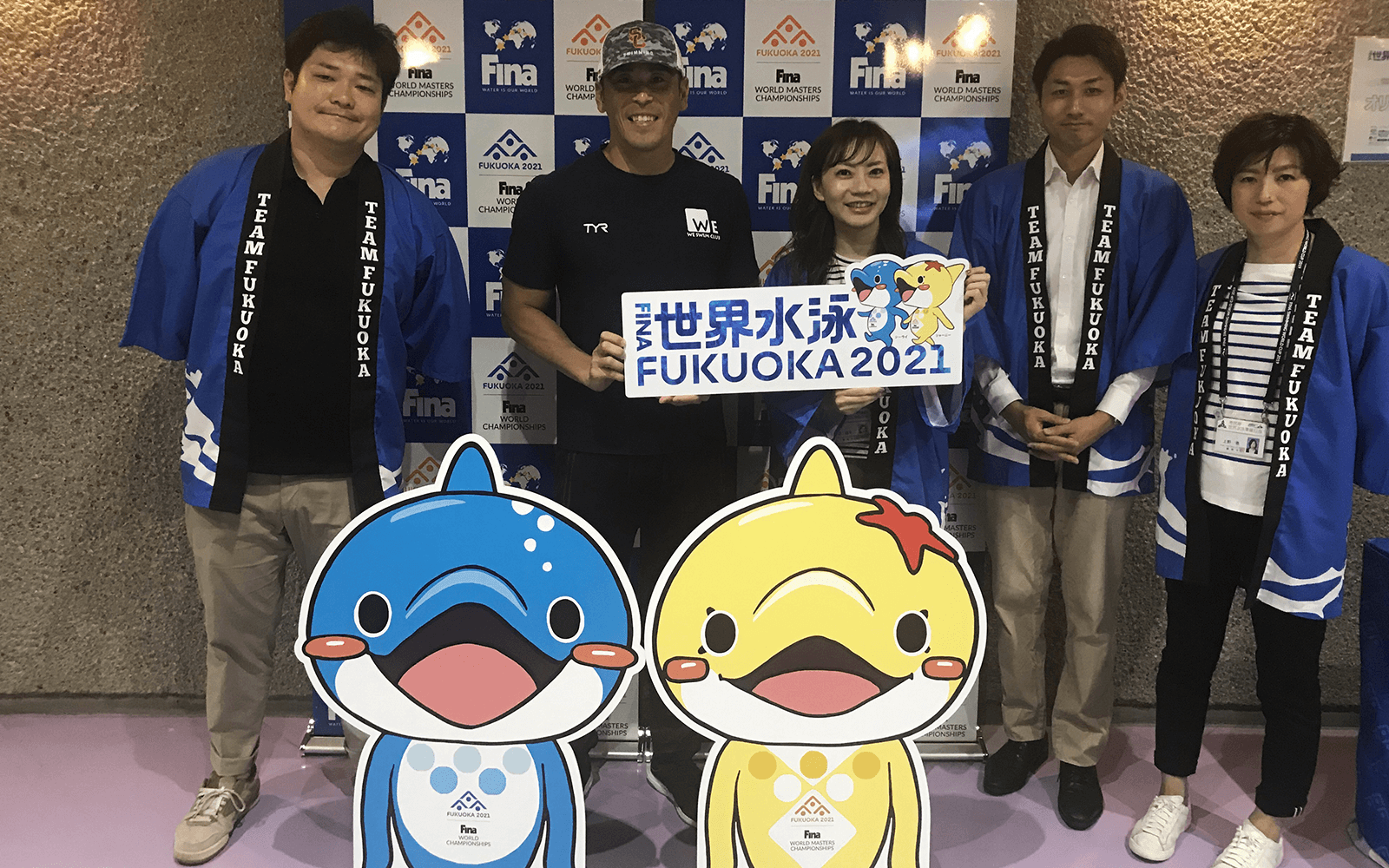 The FINA World Masters Championships 2021 Kyushu will take place for 10 days from Tuesday, 3 August to Thursday, 12 August in 2021 in the three cities of Fukuoka, Kumamoto and Kagoshima.
For information on the competition venues, please click here.

Details about the competition schedule and entry requirements will be posted on this website once they are finalised.

The Fukuoka OC will keep everyone updated with its promotional activity information in an effort to draw as many participants as possible from both Japan and the rest of the world!