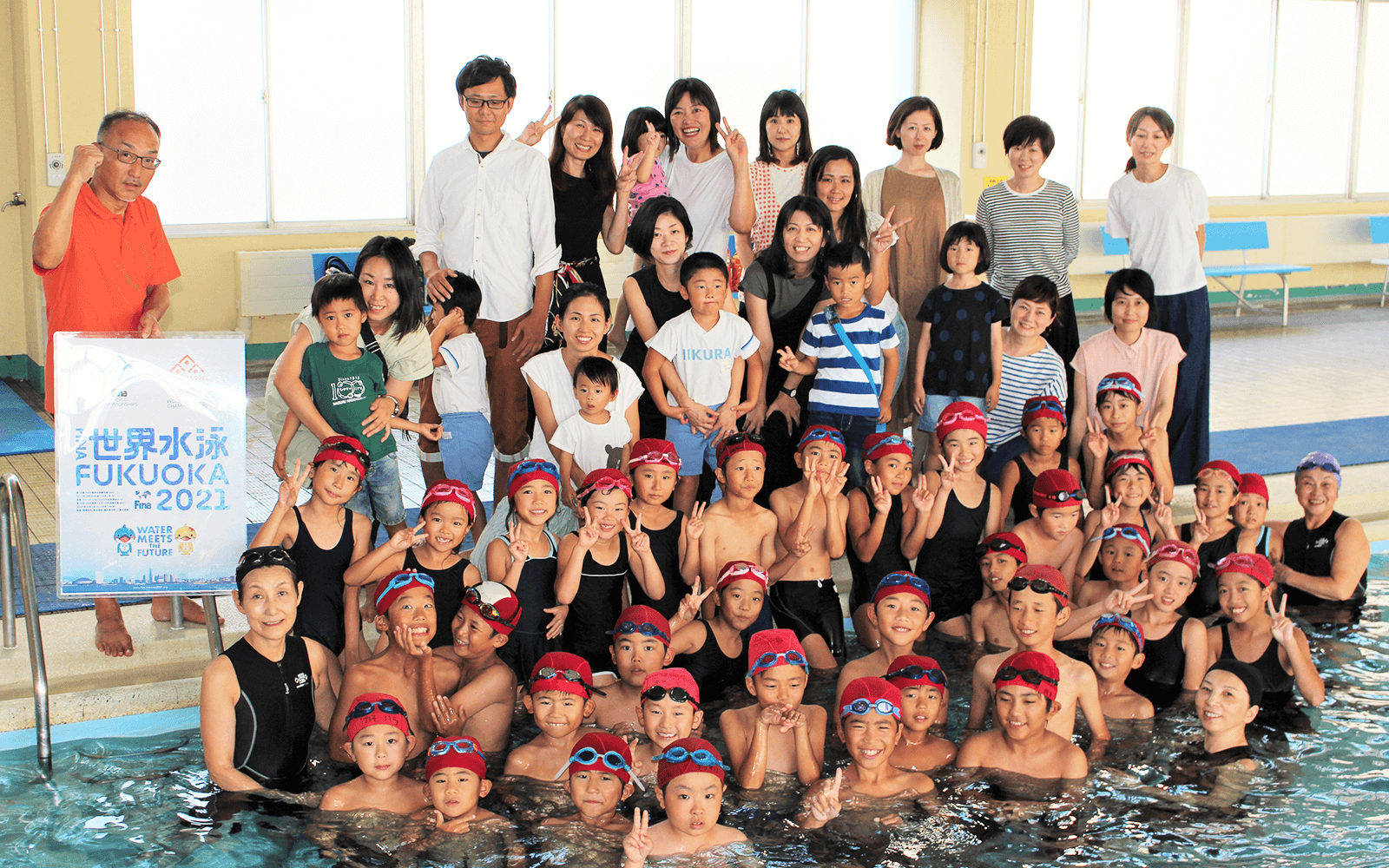 The Organising Committee of the 19th FINA World Championships 2021 Fukuoka has been promoting the international aquatics competition by visiting many swimming lessons and workshops held in Fukuoka City.

In addition to such events, most swimming pools in the city host a variety of activities organised by local swimming clubs and groups.

On Tuesday, 10 September, we introduced our Championships to children who are members of a swimming club for elementary school students as well as their guardians at the Sawara Ward Public Pool in Fukuoka.

When we explained that the competition to decide the world’s best swimmers will take place in Fukuoka in the year following the Tokyo Olympics and will be a not-to-be-missed chance to see exciting races among world-class swimmers up close, the children looked excited and said in chorus, “Wow! That’s great! I wanna go see it!”
The children also added that they found Sealight and Shirney — the official mascots of the Fukuoka Championships — very cute and adorable. 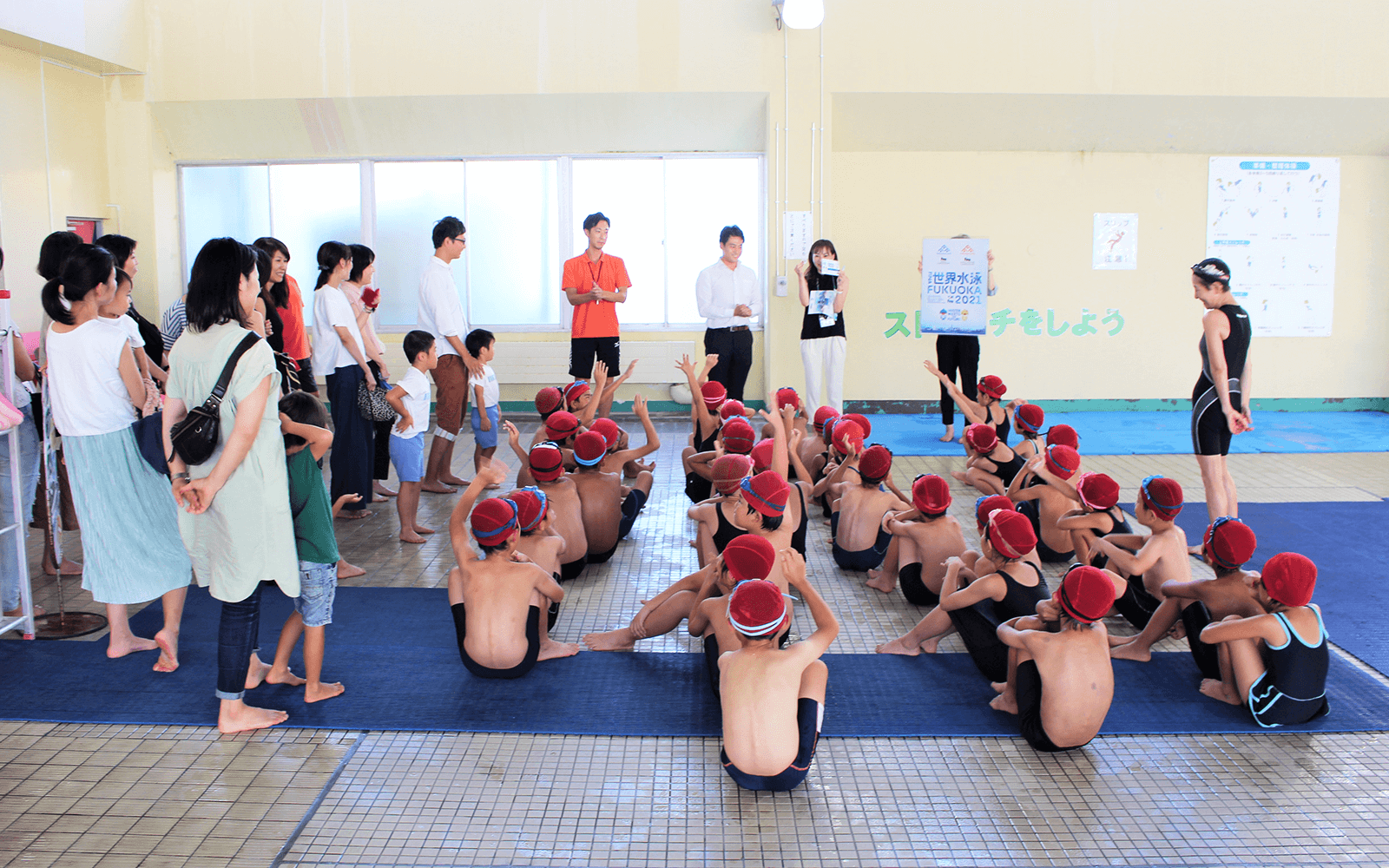 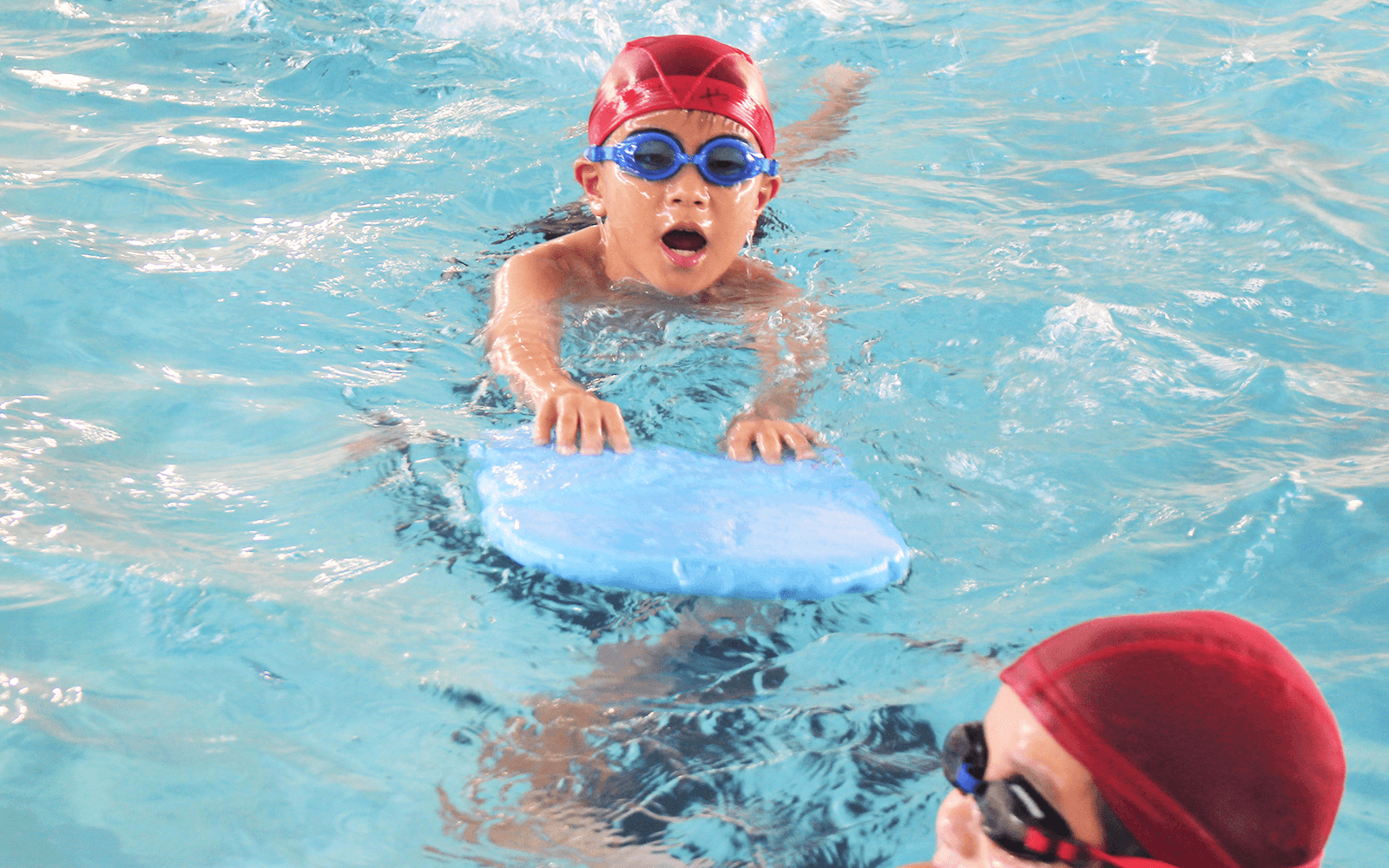 The 2021 edition will also be held in conjunction with the FINA World Masters Championships. We would like to encourage as many adults as possible to enjoy practicing swimming with their children and then take part in the Masters event.

We hope that the Championships to be held in two years will attract huge crowds of spectators including children and that the Masters event will also draw a number of participants! 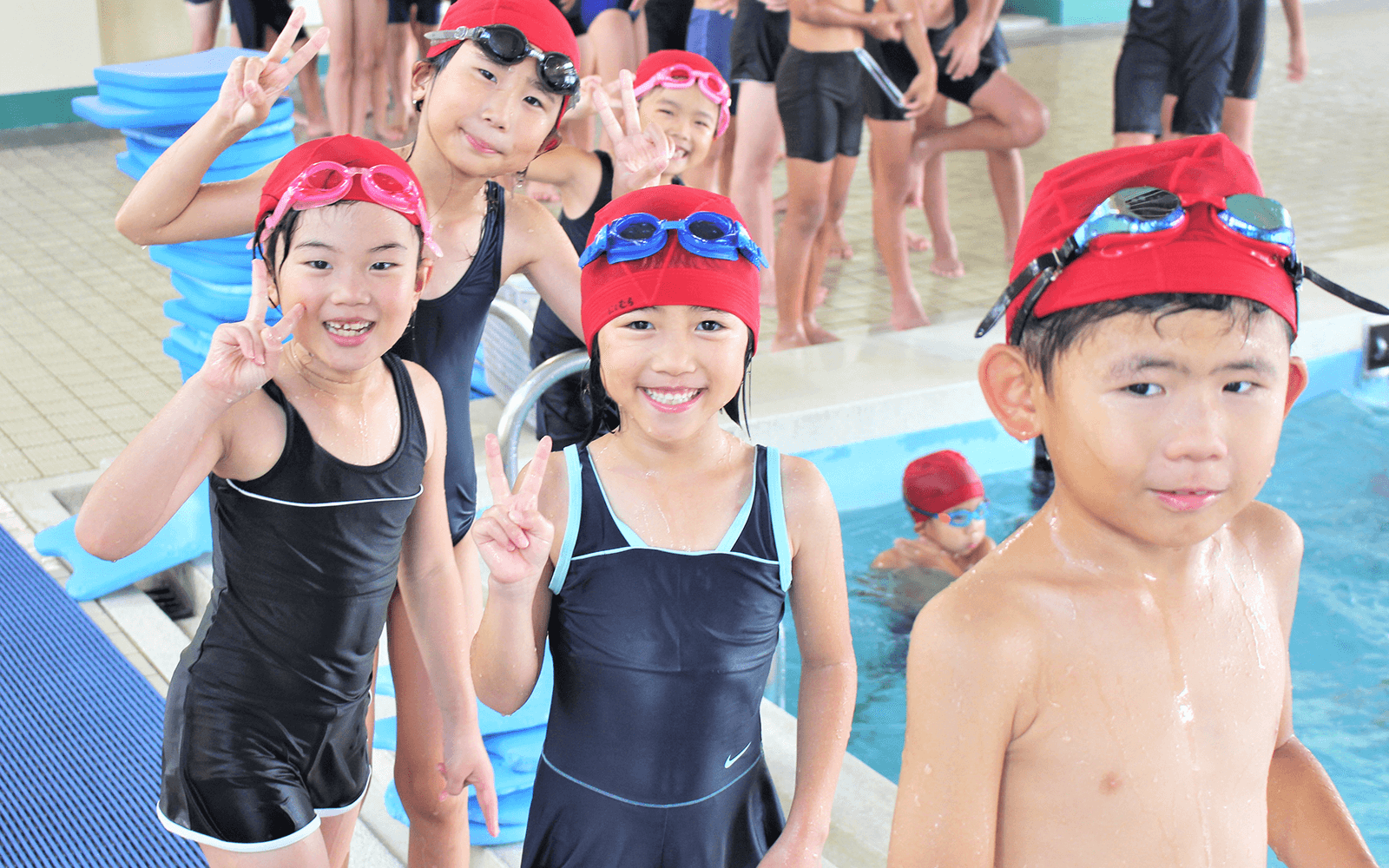