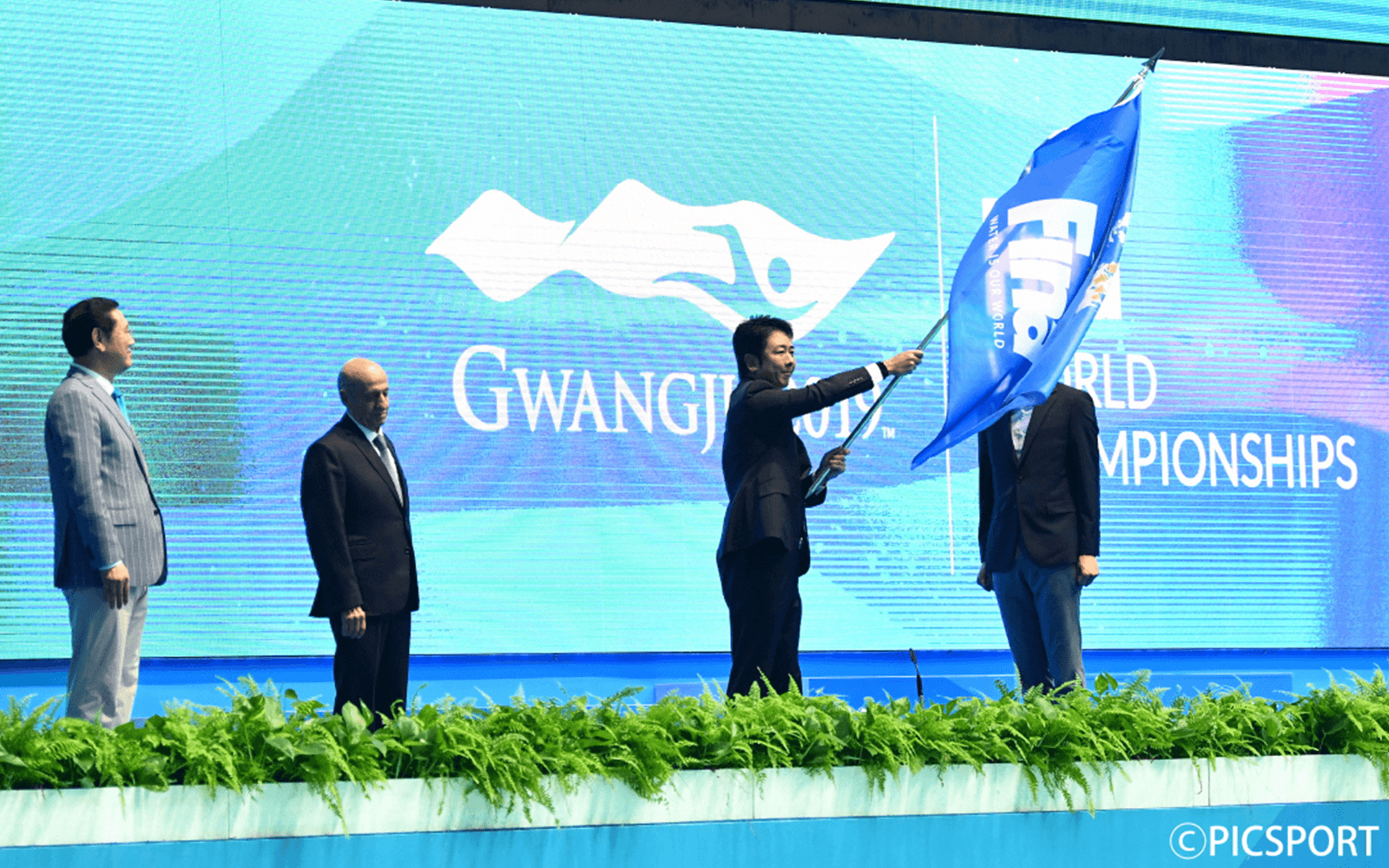 The 18th FINA World Championships, an international aquatics competition that lasted for 17 days from 12 July in Gwangju, South Korea, has ended.

On 28 July, the last day of the event, the Organising Committee of the World Championships 2021 Fukuoka took part in the closing ceremony that consisted of two parts – the first part (cultural performances) held at the Asia Culture Center (ACC) and the second one that took place at the Nambu University Municipal Aquatics Center, which served as the main competition venue.

The Fukuoka Organising Committee played a promotional video introducing the Fukuoka edition of the Championships, followed by stage performances featuring traditional Japanese musical instruments – such as “shamisen” (string instrument), “wadaiko” (drums) and “shakuhachi” (flute) – as well as dance and “kyogen” (comedy play), receiving a round of applause from the audience.

At the second part of the closing ceremony, which wrapped up the competition at the main venue, the official flag of the International Swimming Federation (FINA) was handed over from Mr. Lee Yong-sup, Mayor of Gwangju, and Dr. Julio Maglione, President of FINA, to Mr. Soichiro Takashima, Mayor of Fukuoka, the host city of the 2021 Championships.

“Fukuoka is Japan’s most dynamic city. We will prepare an amazing environment for the 2021 Championships, and provide our hospitality to both athletes and visitors,” Mayor Takashima said in his speech at the ceremony.

We look forward to seeing all athletes’ successful performances at next year’s Tokyo Olympics and the FINA World Championships 2021 Fukuoka coming up in two years.