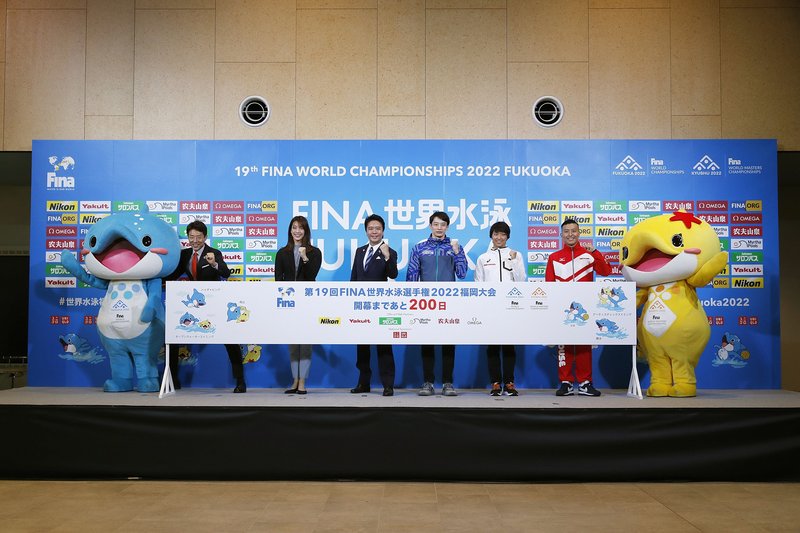 On Monday, 25 October, 2021, the Organising Committee of the 19th FINA World Championships 2022 Fukuoka hosted the “200-Days-To-Go Event” at the main entrance lobby of Marine Messe Hall B, to commemorate 200 days before the start of the Championships, scheduled to be held in Fukuoka city from 13 May next year.

The event was celebrated with a warm and encouraging video message from FINA President, Captain Husain Al-Musallam stating, “As we reached 200 days before the Championships, we as FINA are more than prepared to provide full support to the Organising Committee. Together, we will bring you an amazing event that you have never before witnessed.” His message expressed thankfulness and encouragement towards those involved in the Championships, including athletes, coaches, staff and the Fukuoka residents. 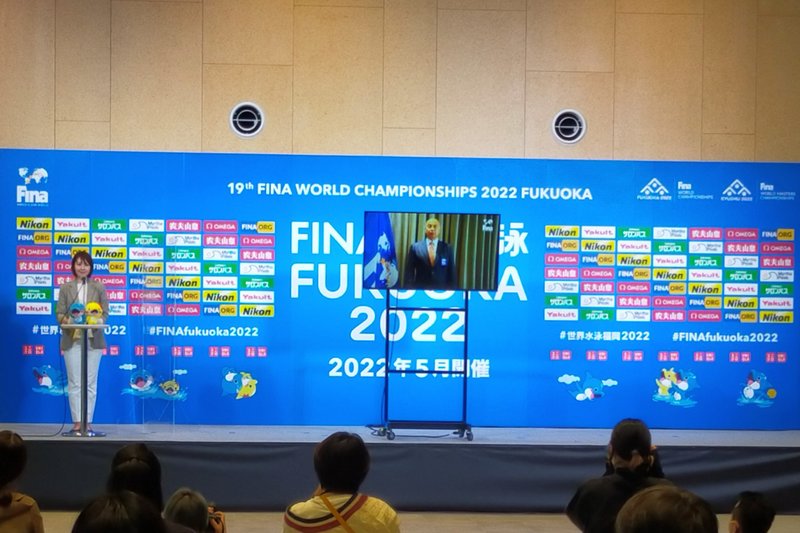 After this message, Fukuoka city Mayor, Mr. Soichiro Takashima took the stage along with Mr. Shuzo Matsuoka, who was appointed as the cheering leader of Fukuoka 2022. They spoke passionately about the very meaning of holding the Championships in Fukuoka and the future of the host city. 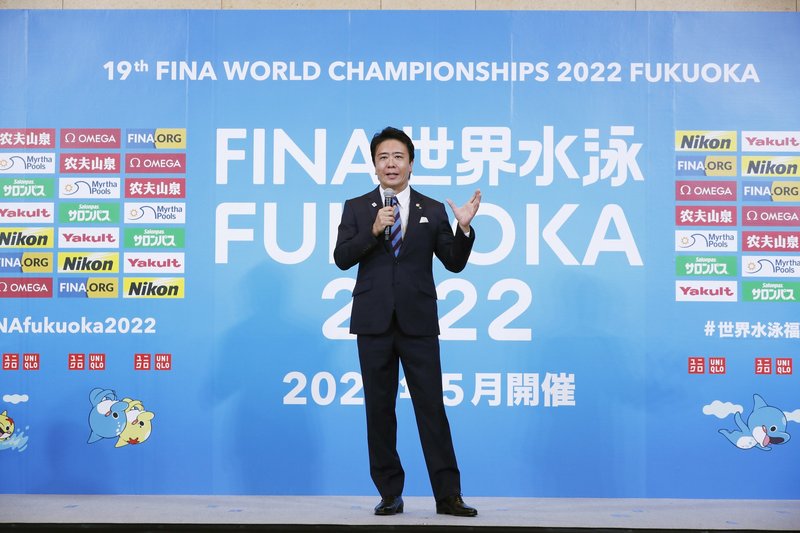 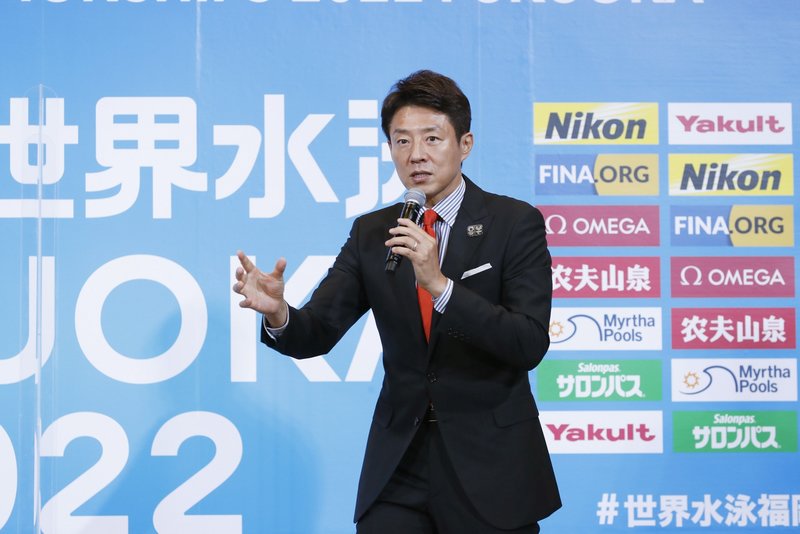 Mr. Matsuoka asked the Mayor, “Why is this event held now, not a year but 200 days before the start of the Championships?” The Mayor spoke of his enthusiasm for the Championships as he responded, “Because of COVID, it was too challenging to hold this event one year prior to Fukuoka 2022. But the time has come to move forward. Many people are fully vaccinated now and details on how to prevent the spread of the disease is becoming clearer than before. I envision this Championships to be an opportunity for everyone to motivate themselves to move forward.”

To these words, Mr. Matsuoka replied, “I hope the upcoming Championships will be a unique event that would take advantage of the “New Normal” situation that it will be held in. As we get ready for the event, I want everybody to unite their emotions and realise something together.” 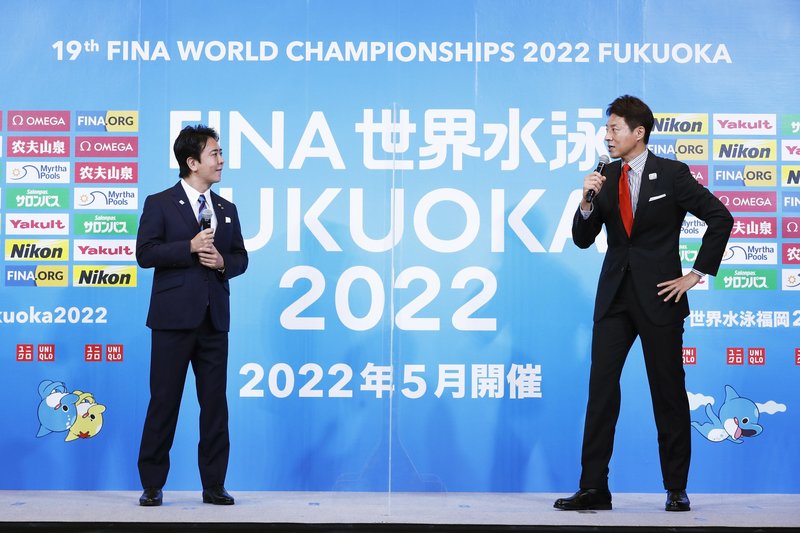 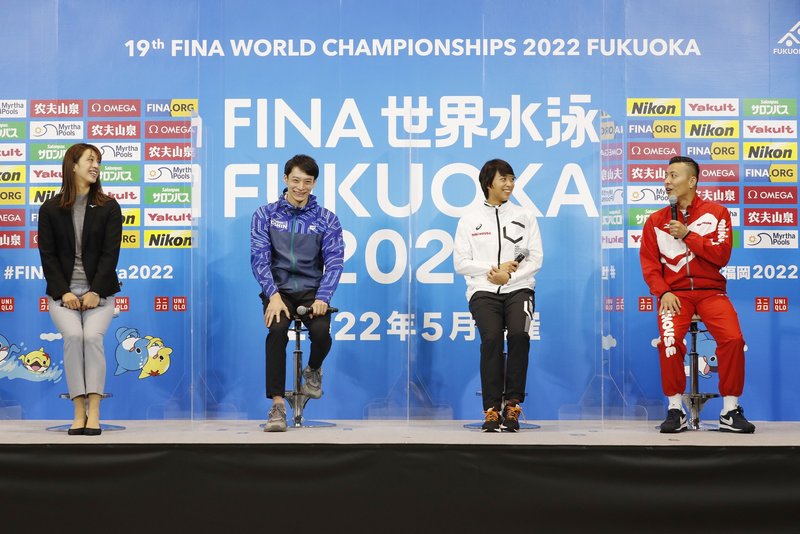 Mr. Irie spoke of his passion towards the Championships, “I still had the devotion to swim and compete because the stage was set in Fukuoka. I still somehow had the urge to swim in front of many people. All these feelings and emotions are guiding me to the World Championships. First and foremost, I should make my utmost effort to secure my qualification for the Event. My comrade Mr. Ogino announced some days ago that he will retire from competitive swimming. A generation of new athletes will be joining our swimming force and a new team will be created. I want to aim for a team that progresses towards the future.” He shared his emotion towards Team Japan. 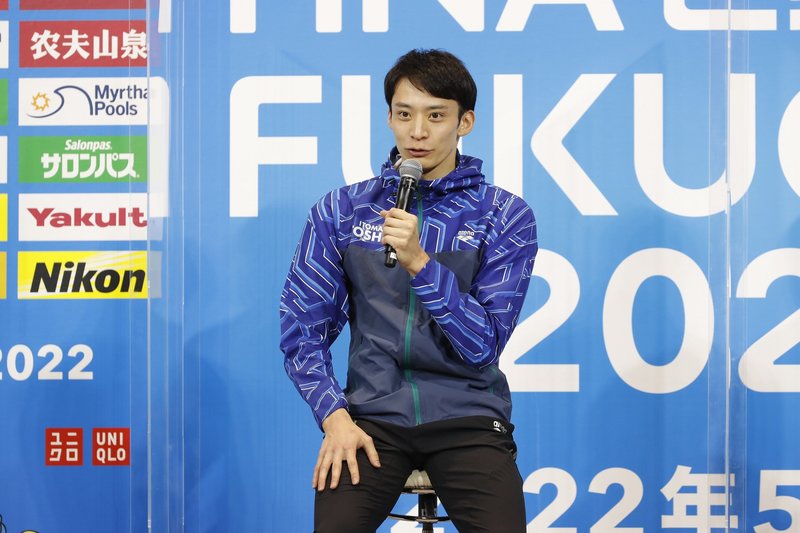 Ms. Satomi Suzuki revealed her strong will to compete in the Championships by saying, “I strongly felt once again that I must race in this Championships, to repay for the cheers that the people of Fukuoka has been sending me. I will do my best as I consider this event to be a culmination of my swimming career. I clearly know what I need to do. I have to face my weak self and reshape it into a strong one and aim for the Championships. There is a 50m breast stroke at the World Championships so I want to showcase an even stronger and powerful Satomi Suzuki.” 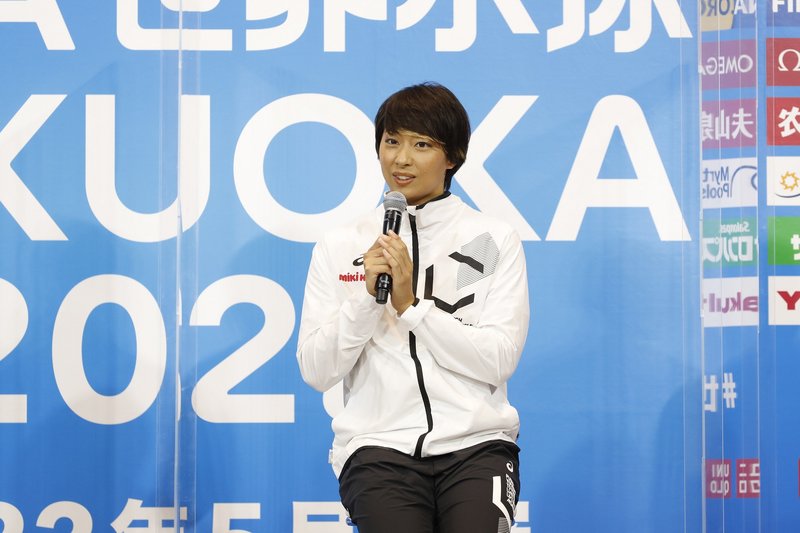 The legendary diver, Mr. Takeshi Terauchi said, “I still realise through my daily trainings that I’m becoming stronger than before. That’s what’s prompting me to move forward. I have a strong desire to repay to Fukuoka for all that it’s done for me. I hope many people, especially the young ones, would visit the diving venue and enjoy the sports of diving.” 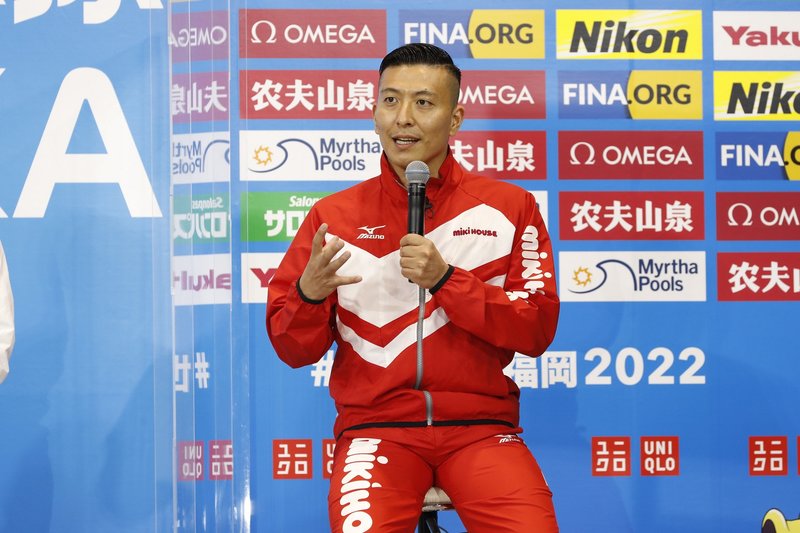 Ms. Aya Terakawa encouraged these athletes commenting, “I strongly anticipate that all of you will achieve your goals and dreams at Fukuoka 2022”. 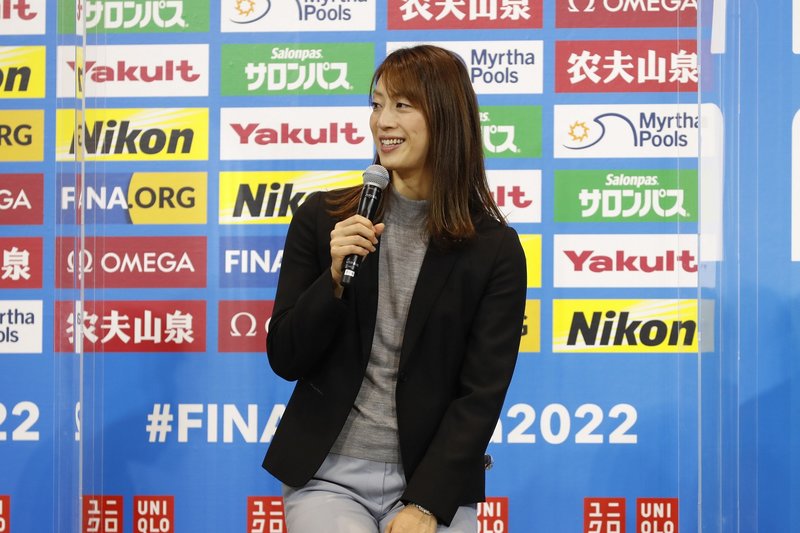 Also, representing the athletes, Mr. Terauchi virtually visited Marine Messe Hall A, the swimming and artistic swimming venue, with a VR content created to realise the Championships’ concept of “WATER MEETS THE FUTURE”. 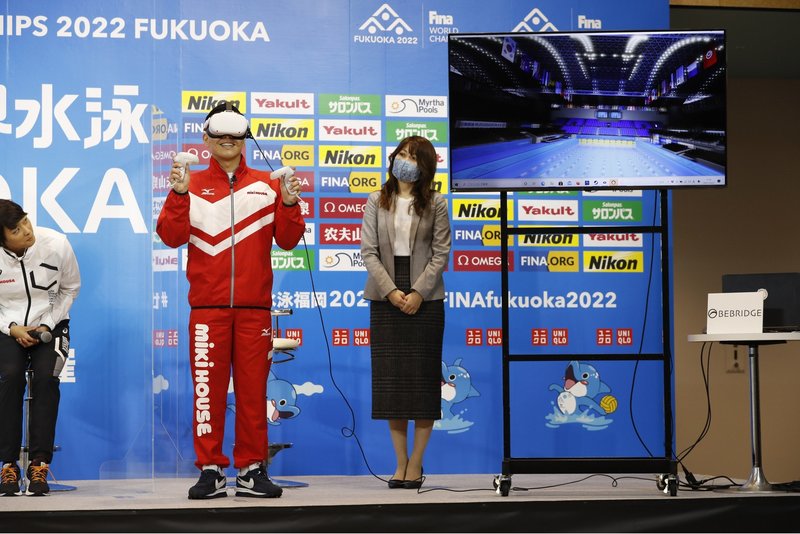 You can enjoy the video of the “200-Days-To-Go” event at our official Instagram account (@fukuoka2022). Please take a look.